Entirely handmade, with tools of the ancient tradition and first quality leathers.. 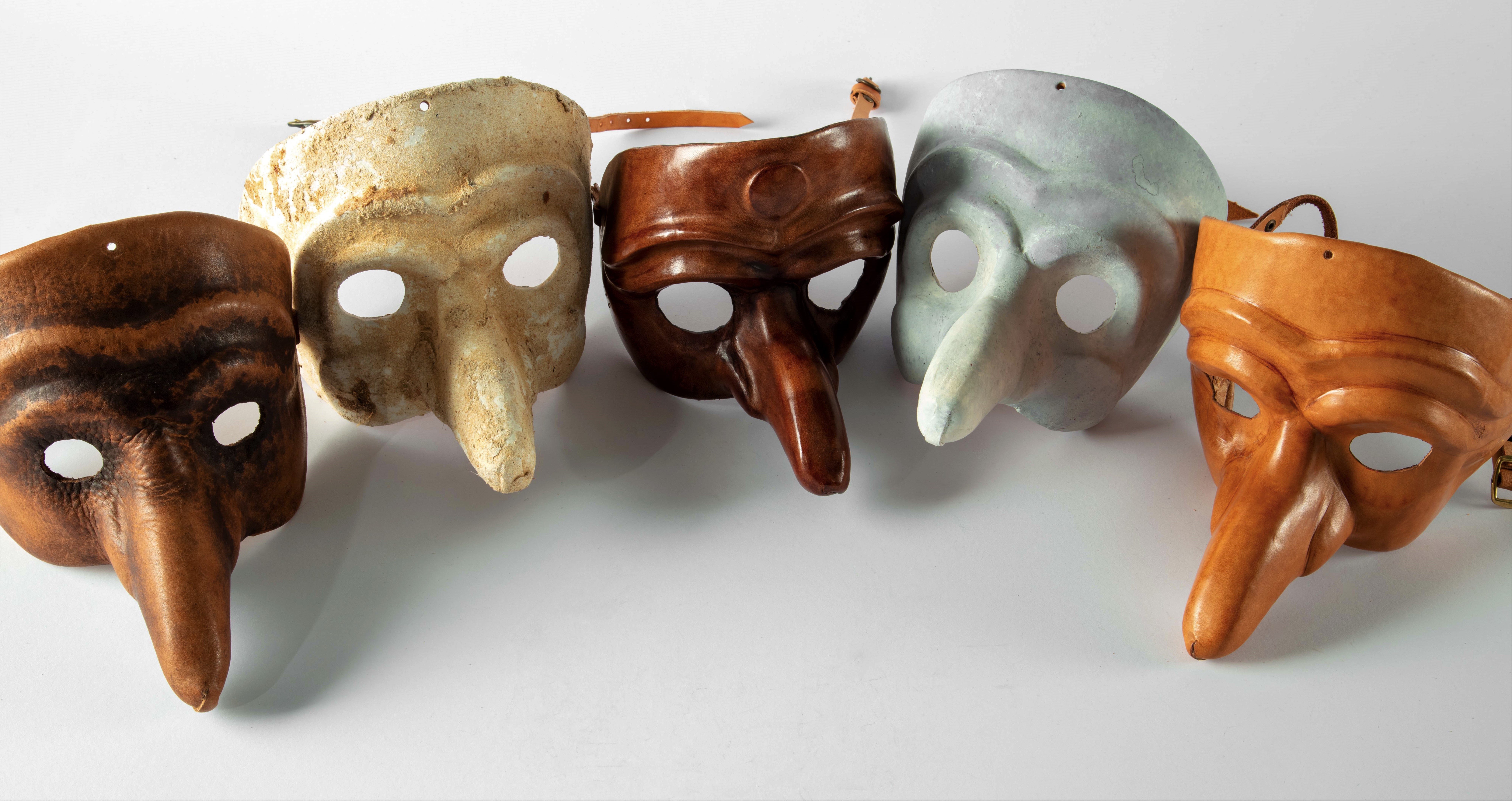 The Commedia dell’Arte is known to be the mother of the Modern European Theatre, the Cinema and the Television.

It’s a beautiful story, it’s an important story. Alongside Comedians, starting from the origins, there had to be an artesan: the Mask-maker. From the paintings of Goya, Guardi, Canaletto, Callot we can see the technical and artistic evolution of this useful prosthesis.

After the 1945 Liberation, two lads, Paolo Grassi and Giorgio Strheler, who wanted to celebrate and bring joy to Milan, brought back the Commedia dell’Arte. But there was no one who could build a mask anymore. It was then asked to a sculptor, Amleto Sartori, to revive the craft.

Studying the mask found on puppets in Paris, and stealing the techniques used by shoemakers who beated the leather on wooden mould, he allowed the craft to survive up to now.

My name is Giovanni Balzaretti and, together with my son Guglielmo and other artesans, we are the third generation to safeguard this ancient craft.

The UNESCO aknowledges the Commedia dell’Arte as an Intangible Cultural Heritage. As any heritage, either it is preserved or it is lost.

Personally, I’m still keen on using mimosa tanned leathers, bone and horn hammers, wooden mould worked with chisel and mallet, tobacco paints, walnut husk and chinese lacquer. I don’t use modern machinery, chemicals products and 3D computer drawings. It is a wonderful craft, and I like to do it like this. Sculpting a mould takes about 30-60 hours of work. Beating a mask takes another 15-20 hours of work.

They are prosthetic for artists created to be utilized, so they are ductile and resistant. Unlike cardboard, if well kept, they can last centuries.

Aside from periodically organizing training laboratories where we pass on our techniques and our knowledge, we also do exhibitions and demonstrations in schools, museums and festivals.

We are a small reality, an humble workshop, thas was born and now survives not with government subsidies or public funding, but only thanks to our sacrifices and our daily commitment.